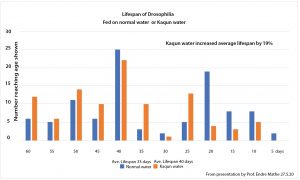 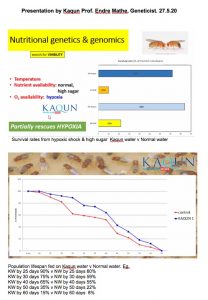 If I was to pick one measure of a person’s health it would be a measure of how well their tissue is oxygenated. Why? Because every cell in our body relies on active, healthy mitochondria (the energy center of every cell) to function optimally, and the mitochondria need an optimal supply of oxygen to function.

Perhaps one could make a generalization that every disease is associated with some degree of cellular hypoxia or low oxygenation. This has been my passion for the past fifteen years, promoting the work of Professor Konstantin Buteyko and the Buteyko Breath Training. I used to believe that the only way to boost oxygen supply to cells was through optimal breathing or in a hyperbaric chamber but last year I learned about the second fundamental way of achieving this result, I learned about the other route that is almost independent of our breathing quality or our blood circulation, that is via the water we drink!

Not ordinary tap water or water infused with oxygen under pressure but radically different water that contains almost double the normal maximum volume of oxygen of ordinary water. The extra oxygen is bound to the water molecules by a special process and is called “Kaqun Water”. Not only does it improve the tissue oxygenation in all diseases that are accompanied by hypoxia and hence aid the body to recover but as we age our ability to absorb oxygen at a cellular level diminishes. I was amazed to see an experiment that involved a simple living organism, the fruit fly, (commonly used in genetic research since it has a large percentage of genes common to humans)  that demonstrated Kaqun water increased their lifespan by almost 20% compared with ordinary water, we don’t have the experimental evidence that the same might apply to higher animals but it seems very likely to be so.