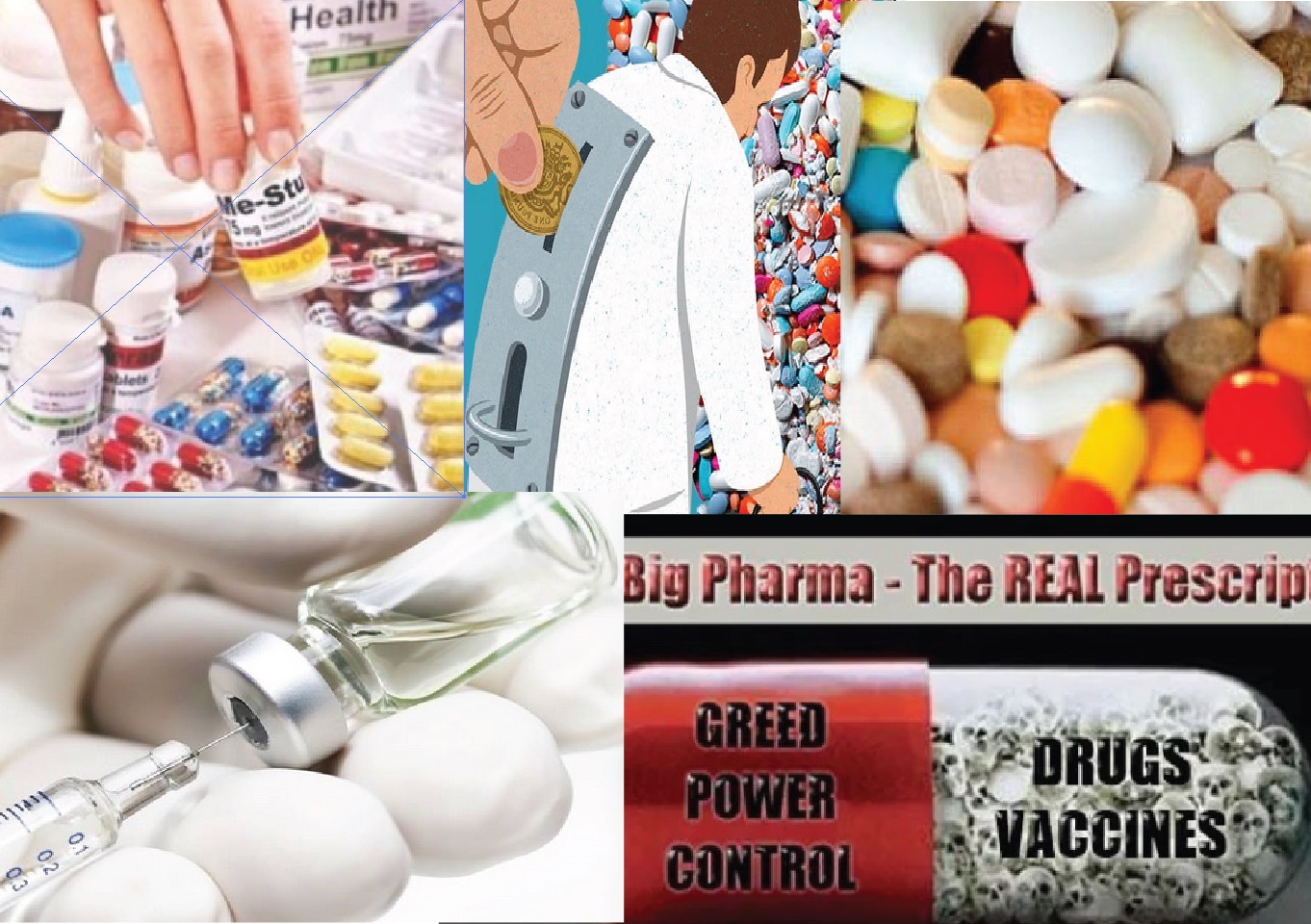 Click on the image above to see the “Spontaneous Evolution” book.

The same scientific materialism that has given modern medicine its miraculous powers has also empowered its greatest flaw.

Pharmaceutical corporations, whose primary interest is material gain, have diverted the path of medicine from healing to profiteering.

In 2004 United States spent $1.9 trillion on healthcare, which was 16% of its gross domestic product, but what were they buying with this high price tag? Please don’t laugh, because it’s not funny, but the number one – or maybe number three killer in America is not cancer, heart disease, but the practice of medicine itself!

The journal of the American Medical Association acknowledged that in 2000 the third leading cause of death in the United States was iatrogenic illness, which ironically, is “an illness derived from medical treatment”.

In a report entitled “Death by Medicine,” it was shown that nearly 784,000 deaths per year were attributed to iatrogenic consequences, the second leading cause of death, heart disease was responsible for just under 700,000 deaths, the third leading cause of mortality was cancer, accounting for 550,000 deaths.

These figures emphasize that medicine itself might be rightfully designated as public health enemy number one.

How did this happen?

The primary factor contributing to our unhealthy care system, the fatal flaw that negates so many good intentions, is that health care has become a for-profit business and a very profitable for-profit business at that. In a system in which it is tacitly accepted that money matters most and profit rules, profit ends up making the rules.

Pharmaceutical companies employ tremendous creativity in finding new ways to expand and extend the uses of their current drugs with minimal expansion and extension of their budgets. Consider the example of statins, a family of medications that are used to regulate the level of cholesterol in the blood. These were initially prescribed primarily to people with heart disease. Over time, advertising to the public and heavy marketing to medical professionals have led us to believe that statins are appropriate for all people. As a result, statins have become a $20 billion a year worldwide market.

The Lancet presented results of a heart disease prevention trial that revealed statin therapy was not effective in reducing the overall risk of death. In addition to their ineffectiveness statins are quite dangerous.

For example, the warning that comes with a prescription for the statin drug Zocor is 19 pages long, and of course, is all in fine print, the information is so lengthy that most users, as well as the doctors writing prescriptions, never read it.

Why is the fact that statin drugs are shown to be largely ineffective and potentially dangerous for the majority of people who take then ignored by the medical authorities? Could it be politics and money?

Astonishingly, research has demonstrated that a balanced diet is as effective as statins to reduce bad cholesterol. Cardiovascular physician Dr. Dean Ornish has shown that changing lifestyles of diet, exercise, stress reduction, and social support can lower will know what is known as bad cholesterol (LDL) by nearly 40%. Living a healthy lifestyle can even cause plaques in the arteries to shrink, a feat that not even statins have been proven to do.

So when the market became saturated with drugs for old illnesses big Pharma also employed the ploy of creating new illnesses. A recent big Pharma innovation was collectively grouping several common components of normal everyday life, identified as symptoms, and officially label them as a disorder. The current list of new maladies identified “Intermittent Explosive Disorder” as getting angry from time to time, Premenstrual Syndrome PMS is a dysfunction associated with any of 150 symptoms affecting a woman’s physiology and behaviour before the start of the period, Restless Leg Syndrome as an irresistible urge to move one’s leg, and Social Anxiety Disorder as being uncomfortable in new situations. Well, sure, haven’t we all been there and done that?

This is not a hard sell, considering that the American public has been programmed to believe that all ailments, whether a passing upset or chronic issue screaming for attention, can be whisked away by swallowing a magic pill.

Bringing this serious story up to date, the Covid-19 Pandemic is perhaps promising to be tomorrow’s salvation, not for mankind, but for the pharmaceutical companies who will have a permanent vast revenue if all the world’s population is vaccinated every year.

Although this information is based on America, we in the UK tend to follow close behind a year or two later.