Why Was the Science of Masks Ignored? Mindless Mask Mandates Are Over 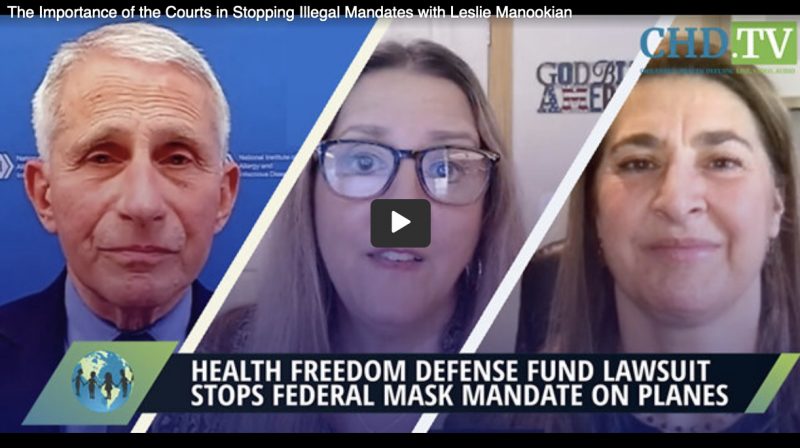 Click on the image above to see the whole story.

After more than two years of unscientific insanity, U.S. District Judge Kathryn Kimball Mizelle has finally voided1,2 the U.S. Centers for Disease Control and Prevention’s national mask mandate3 on airplanes and public transit. The lawsuit was brought by the Health Freedom Defense Fund (HFDF), which noted that “There are legal guardrails in place to protect our basic liberties and rights — even during a pandemic.”4 And, indeed, this was the message of the court as well.

The CDC had initially issued a “strong recommendation” to wear masks on planes and public transportation in October 2020,5 and then turned it into an “order” at the end of January 2021.6 As noted by Leslie Manookian with the HFDF:

“When flight attendants announced — repeatedly on each flight — that compliance is required ‘by federal law,’ did you ever wonder: what federal law? I did. And it led us at the Health Freedom Defense Fund to file suit against the mandate in federal court. With assistance from our lawyers at the Davillier Law Group, we learned there is no “federal law” compelling masks for travel.

The CDC does not have the statutory authority to issue a sweeping mandate requiring masking. Nor does the agency have the authority to penalize Americans for non-compliance.

The Biden administration claimed its mask mandate was rooted in authority granted under the Public Health Service Act. However, a careful reading of that law shows Congress never intended to grant such sweeping powers. In fact, the law is limited and specific …”

The CDC had extended its mask requirement as recently as April 13, 2022,7 despite pressure from airlines, the hospitality industry and Republican lawmakers to end it. The mandate was scheduled to expire May 3, 2022, but was lifted, “effective immediately,” April 18, 2022, following the court’s verdict.8 As reported by NBC Chicago:9

“The 59-page ruling10 from the Florida judge said the CDC failed to justify its decision and did not follow proper rulemaking procedures that left it fatally flawed.”

In short, the mandate was unlawful because the CDC did not have the statutory authority to issue such a rule. The implementation of it also violated administrative law.