Why the Jab has Failed Us – The Reductionist Science Behind It 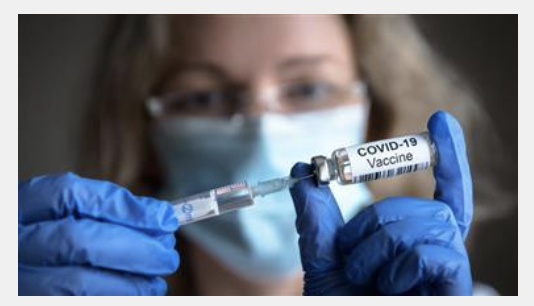 Fifty years ago the scientific community set out on an epic journey of discovery, to discover the very blueprint of human life itself, the gene of human life. This was a challenge that had found its time, a logical outcome of man’s desire to discover the finest details of life in order to gain better control over disease and health. The expectation was that once we knew the exact makeup of the human gene we would, with minor editing of its structure, be able to win the battle against all diseases and ensure all of us had a long healthy life.

Then we discovered it wasn’t that simple! The thousands of genes are switched on or off depending on our lifestyle, our foods, our work, and our environment and often work together with other genes. Fifty years on we still don’t have the magic editing ability to rid us of all diseases or ensure a long healthy life.

Despite this failure and recognition that it is almost foolhardy to play God and fiddle with our genes since we cannot know the possible outcomes whether short or long term, the pharmaceutical companies have been only too willing to use gene therapy to deal with the Covid pandemic. They have used what is termed mRNA Gene Therapy, only used in the past for serious cancer cases when all else had failed. The use of this injection has the effect of stimulating just a part of our immune system that has, we are assured, reduced the intensity of symptoms and lowered mortality. Unfortunately, it has also generated a wide range of adverse reactions from mild and transient to long-term, life-threatening, or to death. We have been told repeatedly that the jab is a vaccine! The jab is not a vaccine, as it has been understood in the past: a vaccine such as the smallpox vaccine, yellow fever vaccine, or even the flu vaccine has been developed from the live infective agent attenuated so as not to cause the infection but to “trick” the body that it would and thereby stimulate our full powerful immune system to produce antibodies to defend us from the real infection. If attacked by the disease the vaccinated individual would eliminate the infective agent and stop transmission to others. Also, all vaccines undergo stringent long-term trials to test their safety and efficacy, and only then are they licensed for general public use. Let’s compare this with the jab!

The jab was released without such prudence and caution, under emergency powers. Even after two or three jabs and boosters, people are going down with the Covid infection. Thus the jab fails to protect us from being infected. Most people who have had the jab can still transmit the Covid virus. Usually, those who have not had the jab but had suffered the infection are left with long-term immunity as is normal with naturally acquired immunity. It is possible that the naturally acquired immunity may have been compromised by repeated jabs and boosters. Whatever the impact of the vast jab campaign has been, we are still seeing exceptionally large rates of infection across the population. The longer-term story of adverse reactions to the mRNA jab will not be known for some time as adverse reactions are not being published or reported fully.

This pandemic has been a timely reminder that medicine has to change the way it functions. There has to be a paradigm shift from pathology-dominated medical training and treatment along with re-education of the public that there really isn’t a “pill for every ill” from the kind doctor. We have to return to a greater emphasis on health promotion and education for both doctors in training and the general public. This does not lessen the need for intervention medicine and research for better drugs and treatments. However, the evidence is now irrefutable that healthy lifestyles will reduce chronic diseases dramatically, simple dietary shift to whole food plant diets from highly processed, animal food, low nutrition diets will reduce diabetes, strokes, heart attacks, cancers, and many more chronic diseases. It is shocking and irresponsible that nutrition, the bedrock of good health is not taught to any satisfactory level at medical colleges nor in schools as part of children’s education. Why not? The cynical reply would be “there is more money and profit in disease!” This is a large part of the problem. Who funds medical research? The pharmaceutical companies. Who funds the media through advertising? The food industry and big pharma. There is little profit in healthy society for the drug companies or medical companies but the “profit” to society would be enormous.

This is a vast topic that cannot be covered in the short article like the above. I would highly recommend one book to give more factual information on the subject of health and medicine,  it is entitled ISBN 978-193785624-3