What You Need to Know About the COVID Shot, and More 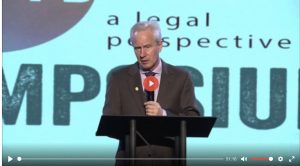 Click on the image above to view this video.

Why Did They Use Spike Protein?

In short, the shots instruct your body to produce a dangerous protein inside its own tissues. “We’ve never done that before in the history of medicine,” McCullough says, and for good reason: It’s a bad idea. “It’s almost like a science fiction story going bad,” he says.

The May 2021 paper,1 “Circulating SARS-CoV-2 Vaccine Antigen Detected in the Plasma of mRNA-1273 Vaccine Recipients,” proved the spike protein circulating in the bloodstream for an average of 15 days’ post-injection. The longest was 29 days.

“No wonder people have long-COVID syndrome,” McCullough says. “The body is trying to clean out this spike protein that’s not supposed to be there, 15 months after you’ve had the infection.”

Australia has already purchased 14 doses of the COVID jabs for every person. This is meant to cover them for seven years, at one dose every six months. As noted by McCullough, some people simply aren’t going to survive that kind of continuous and ever-increasing onslaught of spike protein.

Clear danger signals were apparent in April 2021, and May 24, 2021, McCullough published a paper along with 56 other international scientists in the journal Authorea.3

A Critical Appraisal of VAERS

In October 2021, Jessica Rose, Ph.D., with the Institute for Pure and Applied Knowledge in Israel, published a report in the Science, Public Health Policy, and the Law journal.4 The report, “Critical Appraisal of VAERS Pharmacovigilance: Is the US Vaccine Adverse Event Reporting System (VAERS) a Functioning Pharmacovigilance System?” details three primary problems found:

In early September 2021, Tracy Beth Hoeg and colleagues posted an analysis9 of VAERS data on the preprint server medRxiv, showing that more than 86% of the children aged 12 to 17 who reported symptoms of myocarditis were severe enough to require hospitalization.

According to McCullough, the FDA has heard these data twice in 2021 and never disputed them. Yet they’ve proceeded with recommendations to give the COVID jab to anyone with a pulse over the age of 5. It’s just shocking. Historically, as a rule, we’ve never given drugs to people when they’re more likely to harm than provide a benefit.

Troponin is a protein that helps regulate the contractions of your heart and skeletal muscles. It’s a biomarker for heart damage, as your heart releases troponin in response to an injury.

So, the sky-high post-jab troponin levels in these adolescent boys is anything but inconsequential. It can absolutely be life-threatening. Myocarditis can result in sudden death, as illustrated in an October 2021 case report13 from Korea, where the death of a 22-year-old man from acute myocarditis was causally linked to the Pfizer shot.

“Without a doubt, it will kill kids,” McCullough says. Even if not acutely lethal, myocarditis can significantly lower your life expectancy. Historically, the three- to five-year survival rate for myocarditis has ranged from 56% to 83%.14 That means a certain percentage don’t make it past five years because their heart is too damaged.

Mortality in Adolescents Is Skyrocketing

In Months, the Jabs’ Effectiveness Wanes to Zero

Vaccines aren’t viable if they can’t last a year! The minimum criteria to accept a vaccine … is 50% coverage and it must last one year. These [COVID shots] aren’t cutting it. ~ Dr. Peter McCullough

The COVID-Jabbed Are Just as Infectious as the Unvaccinated

We Must Treat COVID Patients Early