Coronavirus Through The Looking Glass 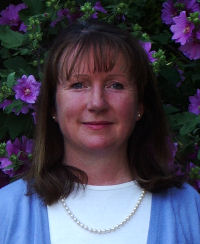 Coronavirus Through the Looking Glass

Originally published in The Informed Parent Newsletter Issue One 2020

We were doing a great job in the UK when we were following the advice of her Majesty’s government chief scientific adviser Sir Patrick Vallance; to let the harmless-to-most-people virus spread till we reach the level of natural herd immunity when cases would stop. Sir Patrick is a wise and experienced doctor. He also has common sense – which, unfortunately, is not very common.

I thought we were in safe hands. Sir Patrick’s plan to sequester the vulnerable, let the virus spread and gain natural herd immunity seemed admirable and evidence-based. Prime Minister Boris Johnson, manfully stuck to Sir Patrick’s sage advice despite fierce opposition and personal attacks by populist politicians, so-called ‘experts’ and the media going for his and Sir Patrick’s throats.

“People will die!” they screamed.

Expert says: “Herd immunity only applies to children.” Where do they find these ‘experts”? 10,000 people die of pneumonia every year, 20,000 in 1999 – 2000, when all nurses’ leave was cut, all elective operations were canceled, the NHS had to hire refrigerated lorries to hold the bodies in because mortuaries were full, and London ambulances have to drive people as far afield as Derby to find ITU beds.

There were 60,000 more NHS beds in 1999 that there are now subsequent to successive government cuts. And the country was not shut down nor bankrupted and our civil liberties were not taken away.

Every year, every winter, NHS hospitals are heaving. All the beds are full. People are left on trolleys in corridors for the day, some dying on them.

And the country is not shut down nor bankrupted and our civil liberties are not taken away.

On 16 April 2020 Neil Ferguson of Imperial College revealed his report and disease model that he had written based on cherry-picked assumptions and using calculations he devised 13 years ago and which he has refused to share anyone. The report had no peer review. No-one outside of Ferguson’s group even checked the maths. Ferguson announced hundreds of thousands in the UK and millions in the USA would die unless the population was ‘locked down’ for up to 18 months. However long it took to produce a vaccine.

And the Government believed him. The Prime Minister abandoned his prudent course to cheers from the rabid press, as did the USA.

One unreviewed, unchecked report by a man who brought the wholesale slaughter of British farm animals (foot & mouth) in 2001, took down the ‘free’ world.

It was that easy. While experienced conscientious scientists, epidemiologists, and doctors around the world said,

“This must be wrong.

This is not what we are seeing.

It is not how this kind of epidemic behaves.”

How many deaths will there be from crime, murder, domestic violence, suicide, unemployment, patients not getting the usual care or chemotherapy and the inevitable toll that the real depression and hopelessness from economic collapse bring in their wake? How many?

A week later Professor Sunetra Gupta of Oxford University produced a much more rational report was predicted far fewer deaths. She reasoned that the peak of cases had probably already been reached, with the virus having started circulating earlier than previously thought.

Professor Gupta remarked how surprised she was at the readiness with which the Imperial College model had been accepted. She was pilloried in the press. It is only acceptable to bring bad news and to increase hysteria, not diminish it. “It’s not published peer-reviewed” they screamed. Neither was the Imperial Report.

In these difficult times, there have been some lovely instances of kindness and community spirit with a focus on what really is important in life. But there have also been people reporting others to the authorities of being abusive to those whom they perceive as endangering health (due to non-evidence-based virus scaremongering) for going on maybe two walks a day or talking to someone nearer than two metres. Also stories of police stopping motorists driving alone in their cars in order to walk alone in national parks.

In just a few weeks almost the whole world has been confined in a form of house arrest, their liberties restricted, free speech curtailed, read  HERE  , bodies are allowed to be cremated without a death certificate, for a virus that is wreaking less havoc than 1999/2000 flu.

After being the author of all this devastation, Neil Ferguson of Imperial is now saying, “Oh, I may have miscalculated. It may only be only 20,000 deaths. ( And I still will share my calculations)”.

He might have miscalculated? After the havoc he has wreaked of everyone’s lives?

He has blood on his hands, and not just the blood of all those animals.

Has this admission caused any relaxation of the measures currently in force or distancing from Ferguson’s original secret calculations?

Not at all. There is now talk of making the isolation arrangements more stringent.

It is entirely predictable that Neil Ferguson of Imperial College would produce the model he did and would advise that an 18 month lockdown until a vaccine arrives was necessary. His department works in partnership with the World Health Organization. The WHO works hand in glove with the Gates Foundation. The Gates Foundation aims to institute compulsory vaccination programs to all countries in the world. The WHO and Gates Foundation even now are targeting Africa for vaccine trials as a WHO is said to “rightly be drawing attention to the risks the virus poses to the poorest and most vulnerable nations, particularly in Africa.”

There are hardly any cases of people with illness ascribed to the coronavirus in Africa, compared to the rest of the world. But people in African countries will be handy and cheap to test the vaccine on.

The other partners of Imperial College are AstraZeneka, Merck, Servier, all pharmaceutical companies and Nestlé. Apart from Nestlé all make vaccines. If you wear pink-tinted spectacle, everything you see will be pink. Natural immunity, intravenous vitamin C, chloroquine in severe cases – none of the USA Centres for Disease Control scientists, or the UK Department of Health experts are interested in using these. Why do they not consider them? Because no pharmaceutical companies are interested in supplying mostly cheap, cost pennies and are Off Patent.

The World Health Organization, the Gates Foundation and governments all around the world are pushing for something new expensive and patentable. No wonder Bill Gates has left Microsoft to concentrate full-time on ‘Philanthropy’. How much more money can you make on vaccinating eight billion people compared with software?

As coronaviruses make up 25% of common colds and we haven’t managed to make a vaccine against the common cold in 70 years, what chance is there will come up with one now?

There have in fact been previous coronavirus vaccines- after SARS – a vaccine was developed with produced very good antibody levels in mice. Unfortunately, when the mice were exposed to natural coronavirus this provoked such as large immune response primed by the vaccine that the mice died!

Lack of safety and effectiveness notwithstanding, dependence on vaccines as the only solution to every bodily need, is so pervasive, this pervasive that doctors are advising people to have a ‘flu shot’ as there is no coronavirus vaccine available, even though studies have shown the flu vaccination makes you more susceptible to the coronavirus.

Instead of focusing on vaccines, new drugs, shortage of ventilators, respiratory failure, no ITU beds, total organ failure, wouldn’t it be better to focus on not getting invasive disease in the first place?

If you get symptoms of any acute illness, don’t take: paracetamol, ibuprofen, antihistamines, decongestants, and opiate cough suppressant which all sabotage the body’s innate immune system and increased incidence of invasive disease. Instead, open the window, stop eating, go to bed, drink lots of hot drinks and sleep. And if you can’t sleep, reflect on your life. People also get ill from emotional causes, let them come to the surface. Can’t be that simple? Try it.