Your Child’s Crooked Teeth, It’s Due To Their Breathing Habits! 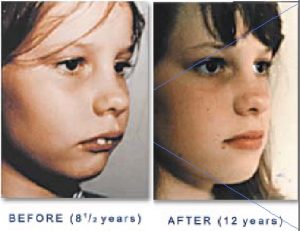 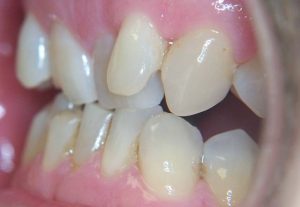 It is a poor reflection on our medical system that millions of children have had to have orthodontic treatment with braces and even surgery to correct their misaligned teeth, when most of them could have avoided this problem had they and their parents been given some simple information. Surely it couldn’t be that simple? What if the main cause of their crooked or crowded teeth were due to the way they habitually breathed? Now that would seem beyond reason, how could a child breathing badly cause them to develop crooked or crowded teeth?

Well, this isn’t new news! We knew about this over a hundred years ago and the discovery was made not by a scientist but by an artist!  George Catlin, an American artist born in 1796, is famous for his remarkable record in paintings and notes on native Indians but his great genius has been almost ignored until recent years. In his book entitled “Shut Your Mouth & Save Your Life” written in 1870, he details his assertions that the bad habit of the modern man of mouth breathing was the cause of much of his disease and disfigurement. You can enjoy a read of his book HERE.

This was based on his close observation and questioning of thousands of native Indians & white immigrants. It has taken almost one and a half centuries for modern research in medicine to recognize the validity of this concept. Today there is a growing number of specialist orthodontists and health workers who say the same thing based on sound scientific evidence. On 5th October 2012, there was a Conference in New York of American Association of Physiological Medicine & Dentistry discussing this connection. Since then an increasing number of orthodontists are adding breath training to their regular practice services especially with young children whilst their cranial structures are developing.

So now we know that orthodontic problems like crooked or crowded teeth are not due to genetic factors but to the bad habit of mouth breathing. You can watch an excellent video on YouTube by the leading international dentist Dr. John Flutter who explains the technicalities HERE

If the only adverse effect of mouth breathing was poor facial development that would be bad enough, but mouth breathing also predisposes children to other health problems including recurrent throat infections, enlarged tonsils, asthma, poor sleep and much more, simply because their bodies are poorly oxygenated and the protection against infective agents is lost by not breathing through the nose. Everyone can learn to breathe normally in just a few weeks with the Buteyko Method Training. Much of the success of the Buteyko Method of training is due to the elimination of mouth breathing, advice against over-eating, the encouragement of more physical exercise, and advice on quality sleeping.

The ideas are so simple to teach or learn that they have been dismissed by mainstream medicine that increasingly puts its faith (yes, I use the word “faith” intentionally) in drug therapy or other intensive medical interventions.

The truth is if the public were better informed of simple remedial systems, that could threaten the profitability of our international pharmaceutical companies and the vast industry built on the management of disease  Meanwhile take Mr. Catlin’s advice and ensure you and your family “Shut Your Mouth & Start on The Road to Better Health!”