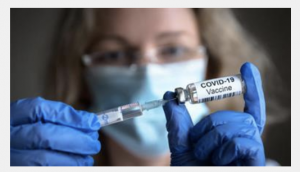 Click on the image above to see the full article.

Immune Escape: How the Injections Could Make Variants Worse

A general principle in biology, vaccinology, and microbiology is that if you put living organisms like bacteria or viruses under pressure, via antibiotics, antibodies, or chemotherapeutics, for example, but don’t kill them off completely, you can inadvertently encourage their mutation into more virulent strains. Those that escape your immune system end up surviving and selecting mutations to ensure their further survival.

It’s very similar to the development of antibiotic resistance, during which bacteria mutate and get stronger to survive the assault of antibacterial agents. COVID-19 shots do not block infection completely; they allow infection to occur and may lessen symptoms, but during that time viruses can mutate to evade the immune system.

Is Natural Immunity Superior for Variants?

As further evidence of COVID shots’ waning effectiveness and the superiority of natural immunity, data presented July 17, 2021, to the Israeli Health Ministry revealed that, of the more than 7,700 COVID-19 cases reported since May 2021, only 72 occurred in people who had previously had COVID-19 — a rate of less than 1%. In contrast, more than 3,000 cases — or approximately 40% — occurred in people who had received a COVID-19 vaccine.16

“This is all good news for the pharmaceutical industry’s profits but very serious news for society”. M.Lingard