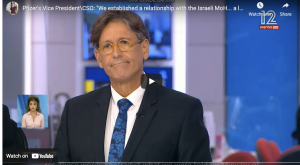 Click on the image above for the full story.

The Israeli population is one giant test group

In other words, the Israeli population is one giant test group — without a control group, unfortunately — and as noted by the news anchors, the people really should have been informed that they were part of one of the biggest medical experiments in human history.

Israel was one of the first countries to implement draconian vaccination mandates, even though the Pfizer shot was completely experimental. Israelis were told they could not enter certain venues without a vaccination card, such as restaurants, gyms, swimming pools, and hotels.

Israeli Data Considered the Best Around

The data coming out of Israel is considered by many to be the best in the world because of their commitment to transparency. As explained by Science magazine:7 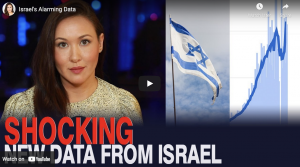 The boosters in Israel were rolled out in response to obvious vaccine failure. Pfizer’s shot went from a 95% effectiveness in December 2020, to 64% in early July 2021 and 39% by late July, when the Delta strain became predominant.12,13 While the country boasts one of the highest fully vaccinated rates in the world, they now also have one of the highest daily infection rates.14 So much for the hallowed concept of vaccine-induced herd immunity.

August 1, 2021, the director of Israel’s Public Health Services, Dr. Sharon Alroy-Preis, announced half of all COVID-19 infections were among the fully vaccinated.15

The vaccinated are not only susceptible to testing positive, though: They’re also increasingly likely to experience the serious disease when infected. Double-jabbed Israelis started making up the bulk of serious COVID-19 infections in July 2021, and by mid-August, 59% of serious cases were among those who had received two COVID injections.16

Others have cited even higher numbers. August 5, 2021, Dr. Kobi Haviv, director of the Herzog Hospital in Jerusalem, appeared on Channel 13 News, reporting that 95% of severely ill COVID-19 patients were fully vaccinated and that they made up 85% to 90% of COVID-related hospitalizations overall.17

August 20, 2021, U.S. Centers for Disease Control and Prevention director Dr. Rochelle Walensky admitted that the Israeli data “suggest increased risk of severe disease amongst those vaccinated early,”18 and just like the Israeli Ministry of Health, the CDC’s answer to this dilemma is simply more shots as if that’s going to solve anything.

Natural immunity is far superior to the protection you get from the COVID shot. Why? Largely because it works on more levels to provide a far more comprehensive and robust immune response. When you recover from the infection, your body makes antibodies against all five proteins of the virus, plus memory T cells that remain even once antibody levels diminish.

This provides lifelong protection unless you have impaired immune function. The immunity you receive from the COVID jab is in the form of just one type of antibody — the antibody against the original SARS-CoV-2 spike protein. If that spike protein sufficiently mutates, those antibodies become useless.

Real-world data from Israel seem to confirm Bossche’s fears, showing those who have received the COVID jab are 6.72 times more likely to get infected than people with natural immunity.24,25,26

Why Do Naturally Immune Need the COVID Shot?

As explained earlier, natural immunity is far superior and longer lasting than vaccine-induced immunity. This is a long-held medical fact that has been tossed aside as too inconvenient to matter in COVID-19. Instead, everyone, including those who have recovered from the infection, are told they need to get the shots.

In a recent CNN interview, Dr. Anthony Fauci was asked why people with natural immunity are required to get the COVID shot even though they’re likely more protected than “vaccinated” people. His reply is telling:32

“That’s a really good point. I don’t have a really firm answer for you on that.” Dr. Anthony Fauci

Natural Immunity Is the Best Answer

While Fauci is feigning ignorance, it’s quite clear that the way out of this pandemic is through natural herd immunity. The COVID shots, and now boosters, will undoubtedly continue to drive mutations that evade the vaccine-induced antibodies, resulting in a never-ending cycle of injections.

The reported rate of death from COVID-19 shots in the national Vaccine Adverse Events Reporting System (VAERS), on the other hand, exceeds the reported death rate of more than 70 vaccines combined over the past 30 years. 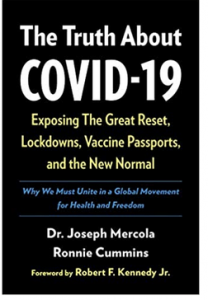